Train Things - and a story. 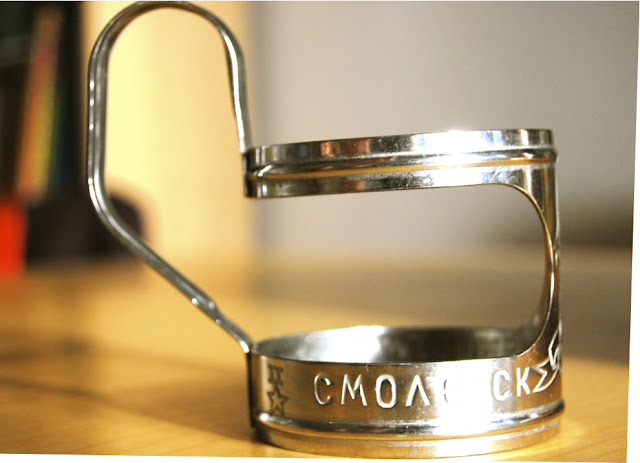 There used to be a wonderful second-hand store in Smolensk- right on Kirova, not far from the city center.
At that time, I lived about a 5 min walk from the store.
Every week I would go in and sift through the treasures -

. . . everything you could possibly imagine and some things, you never, in a million years, would.

On one of my visits, I made my way around to one of my favorite glass display cases, looked in, and gasped!
My pulse was pounding . . . “Oh my goodness!”
There, sitting everso nonchalantly, was the find of the century
- ok, maybe the find of the decade, but anyway . . .
TWO perfect Smolensk train tea caddies!
I hurriedly called the saleslady over, learned the price, ran back to the cashier, paid, got my check, took the check back to the saleslady, and she took the caddies out, wrapped them in paper, and gave them to me. 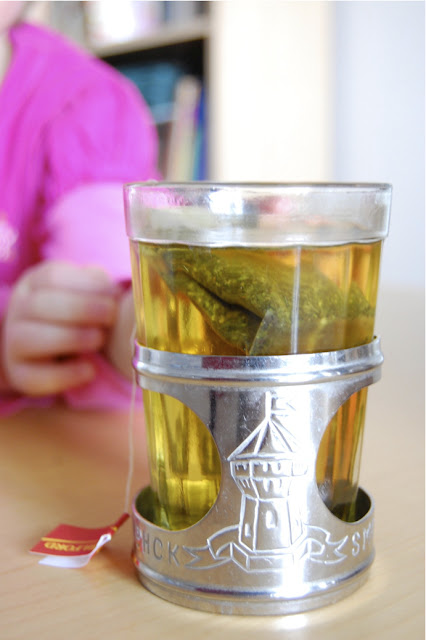 I LOVE my Smolensk train cozies!
I have some Gzhell ones that are nice, too. 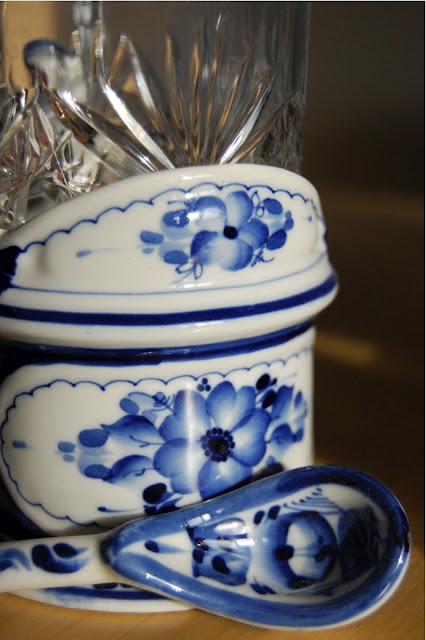 Hand-painted in my favorite colors, with beautiful crystal glasses.
But, I’ll tell you, I prefer the the old metal and the thick glass of the “stakan.” 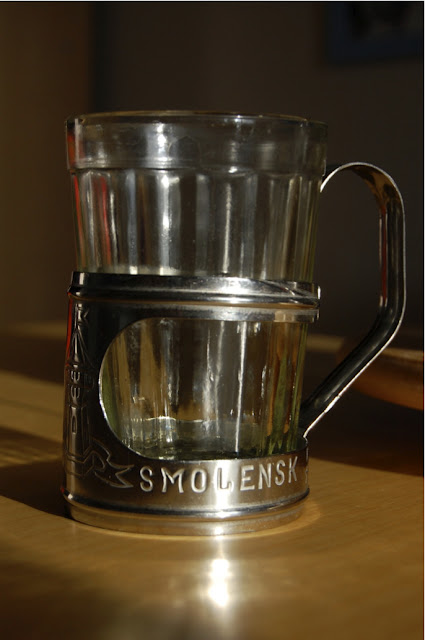 It reminds me of the “old days,”


But, most of all, it reminds me of the Russian train -

All of this reminds me, I promised a story with your tea . . .
On one of my many Russian train travels, several years ago, I boarded late at night - traveling from Smolensk to Moscow on the overnight train.  This train left at around midnight and arrived in Moscow just after 6 am.  I was hoping to get a good 5 hrs of sleep that night.
You can imagine my delight when I came into my 4 person compartment and there was no one else!  I waited - hoping that I would really be the only one!
I let myself dream -
“What wonderful sleep I will have tonight!  No one will be snoring, no one drinking vodka and eating smelly smoked fish . . . ahh, the bliss of quiet sleep.”
Just then, he walked in.
I don’t know how to explain it . . .
but I KNEW . . .
I just KNEW . . .
I knew exactly what would happen that night.
There was nothing on the outside to hint at it.
He was dressed very nicely in a black suit.
It was a little wrinkled, but then, he had been traveling.
He got his sheets, made his bed . . . and I waited . . .
And, then, it happened . . .
He took off his shoes.
It was immediate and biting - like a moldy metallic chemical - and it saturated every molecule of air in that compartment.
Oh, I tried, I really tried -
I covered my mouth and nose with my sheet.
That didn’t work.
I covered my mouth and nose with my sweatshirt and my sheet and buried my face in my pillow.
Nope.
I’m telling you, IT was ALIVE.
I lasted a good 15-20 min.  By that time, I was choking.
I got up, took my purse (who knew, maybe this was a thief’s strategy), went out into the passage way, stuck my whole face in the opened window and BREATHED.
After a few minutes, the conductor came by and asked me if everything was ok.  I told her that I would just stay in the passage way that night.  I tried my best to explain to her, in broken Russian, that I just couldn’t sleep because,
my compartment-mate was . . .
his feet were...
“sick.”
She looked at me a little funny, opened the door to our compartment, stuck her head in for a second, pulled her head back out, put her arm around me and led me to her sleeping room.
That kind woman had pity on a weary traveler and
I had the best sleep I’ve ever had on a Russian train. 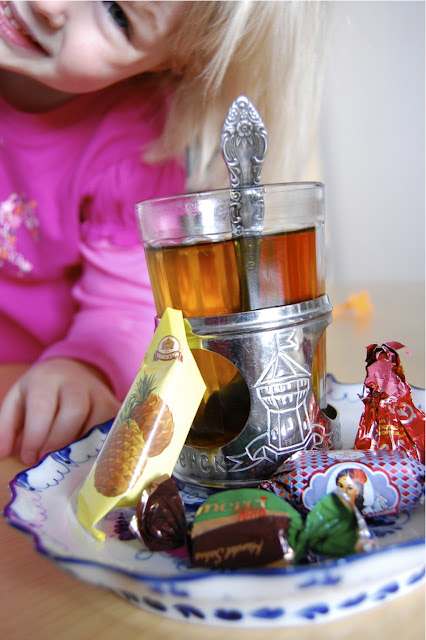 Email ThisBlogThis!Share to TwitterShare to FacebookShare to Pinterest
Labels: Russia