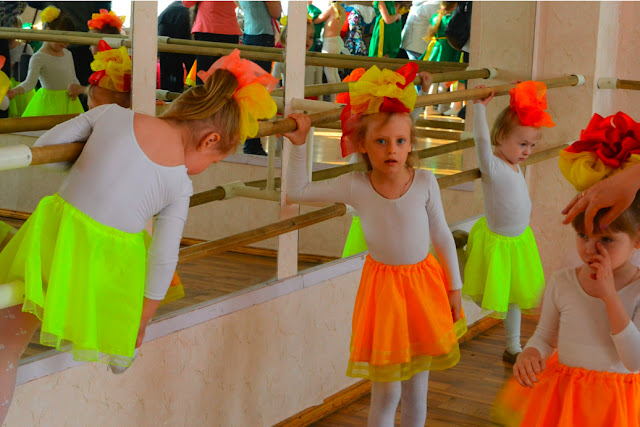 She has been studying for the past few months with a well-known Smolensk dance group. 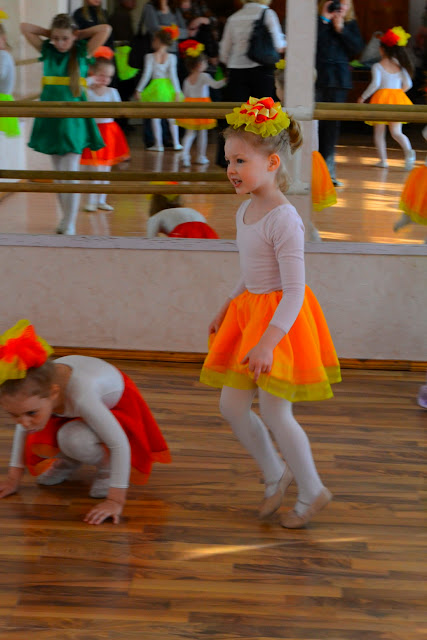 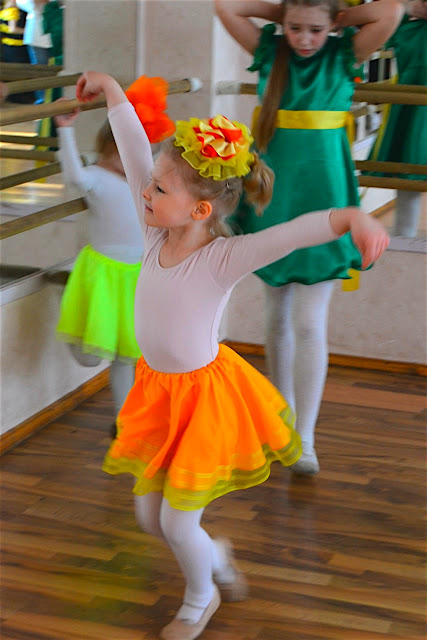 This recital was part of the Anniversary Concert. 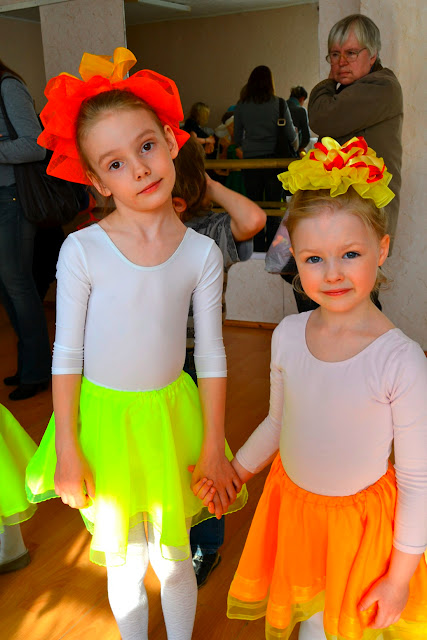 Sophi’s  group performed the first dance and closed the concert with a fun little “dance.” 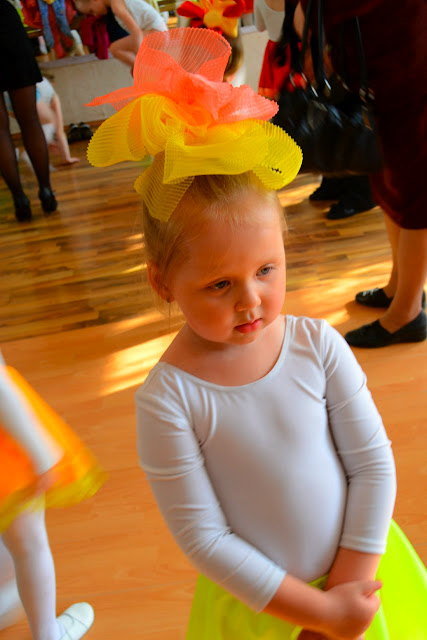 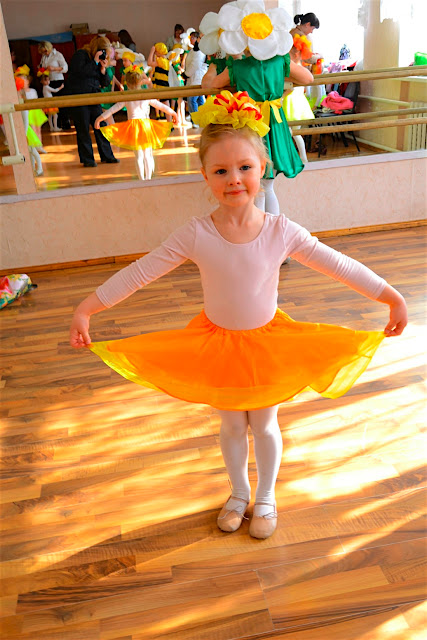 And little yellow and red skirts. 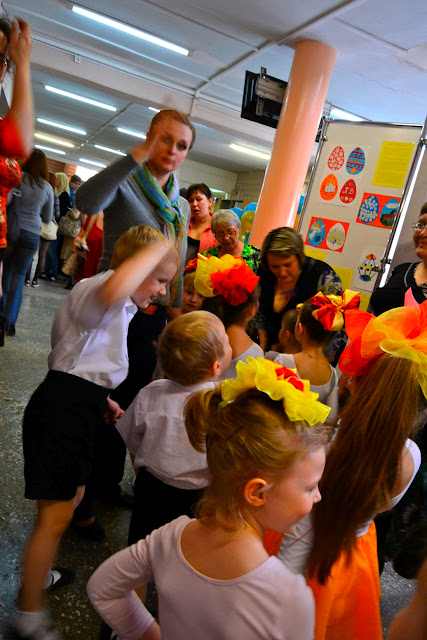 They were so excited to perform on the big stage! 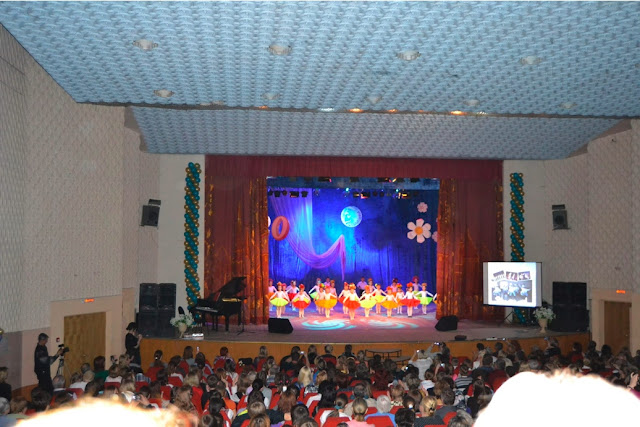 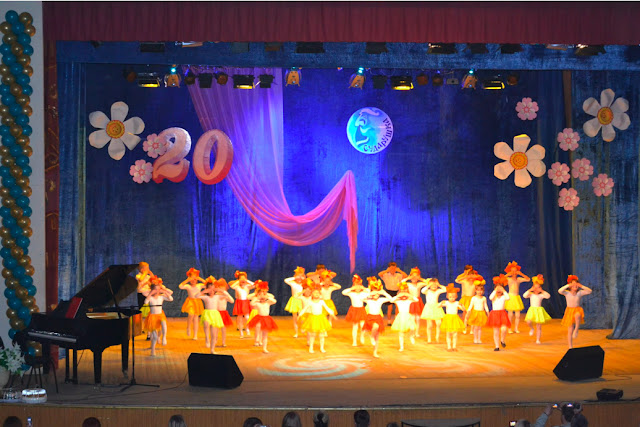 Can you find Sophia?
Yep, right behind the piano, on the left side.
We caught some good glances of her arms and legs,
at times. 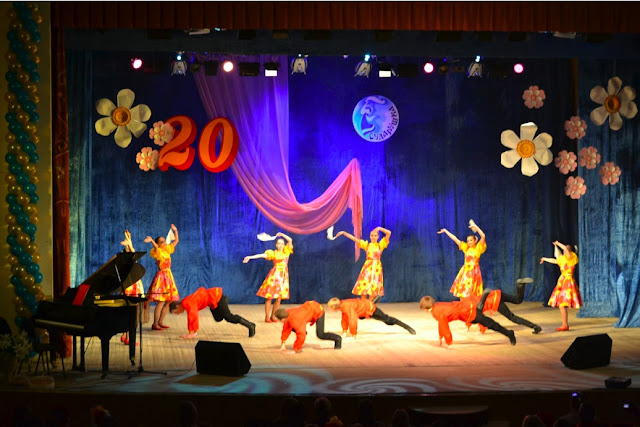 The festivities started for us a 5pm,
when Sophi’s group met for a last practice.
The concert started at 6pm.
There were lots of Russian, Polish, Armenian, Jewish, and Ukrainian folk dances.
There were congratulations and gifts and speeches, galore! 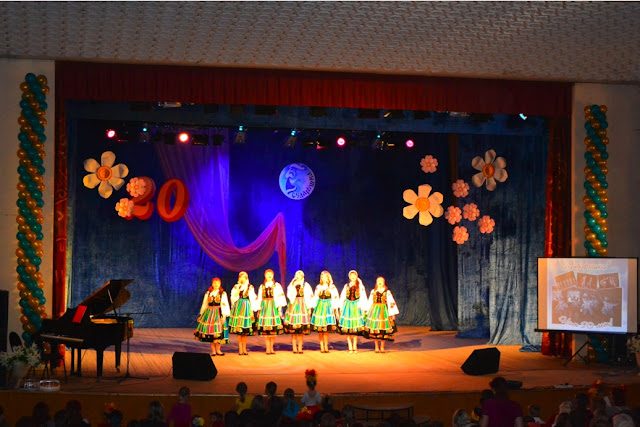 There were songs and beautiful costumes. 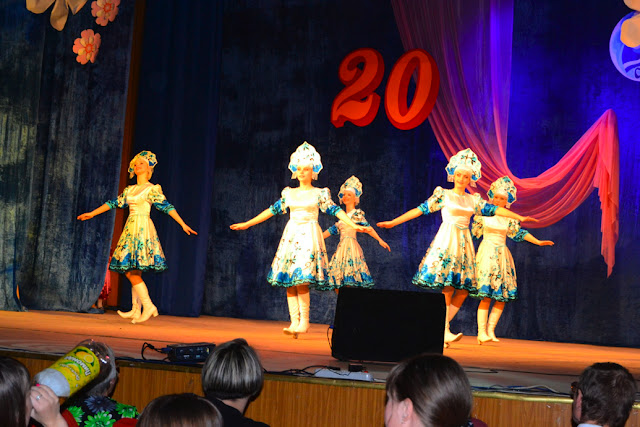 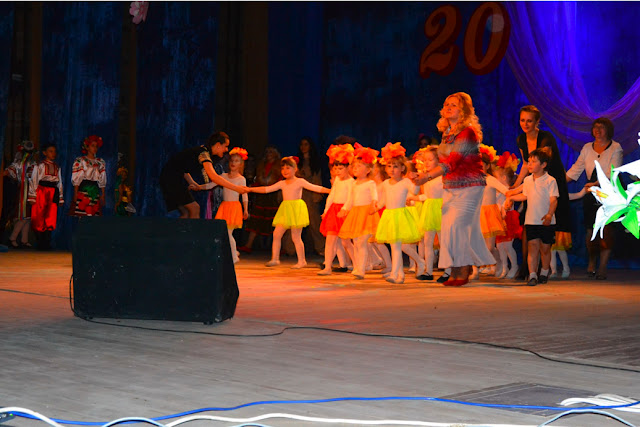 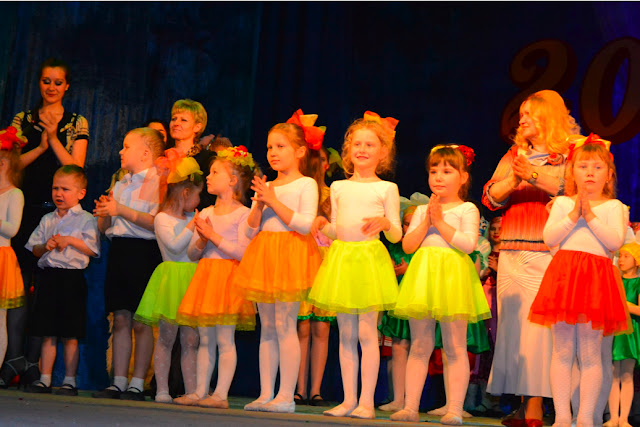 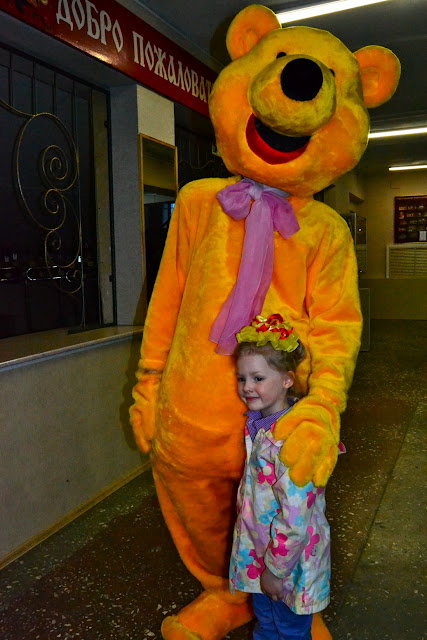 It looks like Pooh had a good time, too!