“Mir” is also the old word for a Russian village government.  The government that the peasants actually organized and ran - not the one imposed on them by the Czar and his bureaucracy.
I recently read one academic put all the “mir’s” together and say it something like this:  The village “mir” was the peasants’ whole world.  They worked together to make this world a peaceful one for all.” 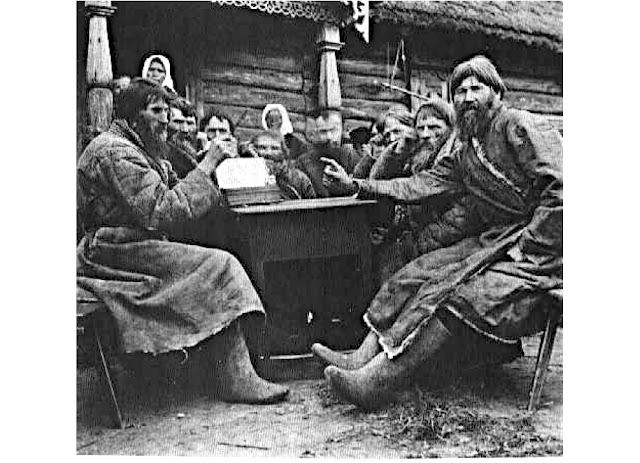 A part of the “mir” was the Village Assembly, known as the “skhod.”  Every household was represented in the “skhod” and they elected a “Village Elder” as their leader.  This representative body made all the decisions in/for the village.
Our New “Mir” - Selifonova
Anton was introduced to our new “mir” almost immediately.  On one of his early trips to the new land, he met our “Village Elder” and they discussed life in the village.  The discussion soon came around to a problem that would effect all the households of the village - we needed to get connected to the village gas line.
Our “Village Elder” told Anton that he would set up a meeting of the “Village Assembly,”  they would meet Anton, listen to his request to be connect to the gas line, and then, vote.  They would decide if we would get gas.
Not long after, the “Elder” called us and said that the meeting date was set and asked Anton, as the head of our household, to attend.
Ok, now get this picture in your head: 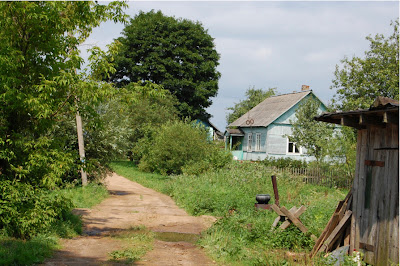 Anton is running late.  He pulls up to the village, races up the dirt road, and stops.  The dusts settles as he opens the car door and looks out.
There, standing in the central crossroads of Selifonova, waiting for the new young guy is our “Village Assembly.” Thirty or so Babushkas (Grandmothers) in colorful head scarves, woolen skirts, and black rubber garden boots;  a sprinkling of work-worn Dedushkas (Grandfathers); and the only other young man - all quietly stare.  My husband awkwardly trots toward them asking their pardon with each broad step.
“Sorry, sorry, sorry!  I’m so sorry!”
Anton stops next to our “Elder,” who leans toward the nervous new guy and says, “Don’t let that happen again.”
The meeting starts with some general village business and then, they get to the gas question.  Our “Elder” introduces Anton and tells them about our need to be connected to the village gas line.  There is some discussion about how much we should pay each household for the privilege.  Then, after Anton is told the cost, they vote, and we are accepted!
Now, the question of who will be in charge of collecting the money from us and distributing it among the households.  The Assembly seems to be in some disagreement about who can be trusted.  They do finally vote on one person, but, in the end, the Elder tells Anton to bring the money to him.
After the meeting, several people come up to Anton and offer support and give advice.  One of these was the only other young person in the Assembly.  He turned out to be our neighbor, Sergey, who is also building a house in the village.  He has proven to be a good friend, providing lots of helpful information about paperwork and area officials.
Slowly, the group disbanded.
All the heads went back to their households. 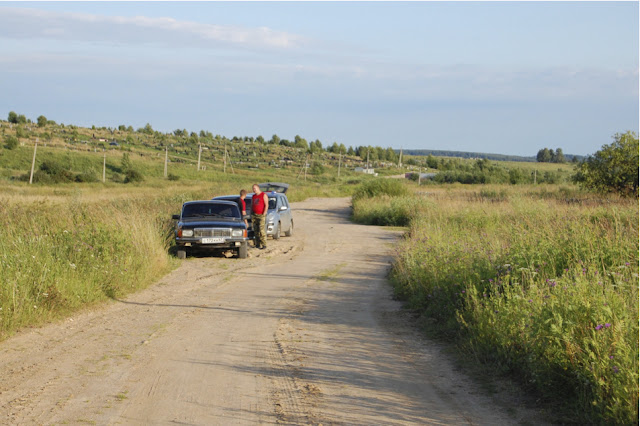 Anton climbed back into our car and, with as little dust-blowing as possible, left our “mir.”

Email ThisBlogThis!Share to TwitterShare to FacebookShare to Pinterest
Labels: Our Russian House, Russia